Sewer diameter 1500 mm, was built in the 60’s of last century. In the course of more than half a century of its operation, as a result of corrosion of the gas formed by numerous emergency and dangerous areas, which could lead to failures in the reservoir.

One of these areas in the streets Grain reconstructed by Spiro pipe rehabilitation.

Given the high burden of transport on the ground, as the material has been reorganized selected Spiro pipe, production plant «Spiroplast», D 1200 mm high ring stiffness. 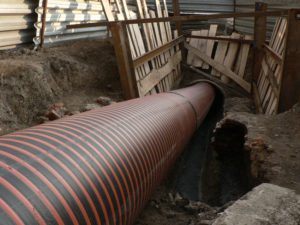 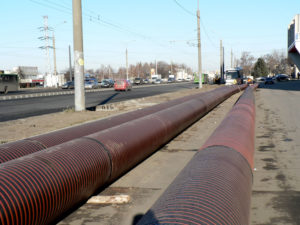