In the years 1940-1950 Airport Zhuliany was the only airport for passengers, «Aeroflot». In 1949, by the architect Victor Yelizarova, one of the authors of the updated Khreschatyk, the airport terminal was built. In Zhulyanah while taking flights from Moscow.

In the 60’s of last century, began to call the people of Kiev airport Zhuliany – under the name of a nearby village. Boryspil then serve international flights, Juliani – internal

In 1988, after the expansion of Kiev and the inclusion of land in his Jules airport of the city was given its present name – the International airport «Kiev».

In 2011, construction began on a new terminal, an area of 14 000 square meters. The terminal has 14 check-in desks passengers, 3-point control for aviation safety for departing passengers. The Customs Service is working on a system of «green» and «red» corridor.

Specially designed pipe Spiro with high ring stiffness and made of pipes Spiro wells were used in the construction of storm sewers renovated airport «Kiev».

SPIRO pipes are the only sewer pipes that have been approved for use in airports under the runway Ukrainian Technological Design Institute of Civil Aviation Ukraeroproekt. 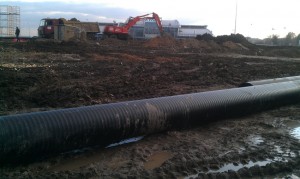 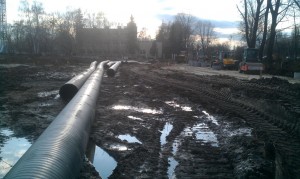 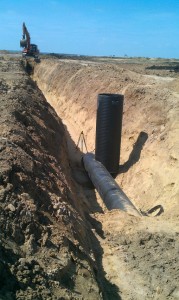